This novel is a winner. Redeye Fulda Cold by Bill Fortin is a different type of war novel. It’s real. What you will be reading happened in the Cold War during ‘68 and ’69 at the border between East and West Germany. It is not only a great novel; it’s an important part of military history. Rick Fontain, the main character, is working for Bell Systems in the USA when he is drafted. During the induction period he has to take an aptitude test. The test results change the path of his life forever. He is encouraged to become an officer but the extra time, in addition to his two years, is a no go for Rick. He opts for training on the Redeye, the first ever hand held surface to air missile system for the infantry. What Rick doesn’t know is that he is being watched from afar. His progress is being scrutinized and he is being tested.

I like the style of the author, Fortin. Written in the first person, we follow the army life of Rick though short snippets of his journey. It took me a few pages to get used to the style of headers detailing where and when things were taking place but then I became hungry to find out what would happen next to Rick and where.

His journey continues when he is stationed near the Fulda Gap. I had never heard of this place, but I now know how important it was to the safeguard of Europe during those tense years. Rick and his team would become one of the greatest deterrents to an invasion from Mother Russia. Fortin brings all the key elements together to make a fabulous story: mystery; intrigue; love; suspense; bravery and reality. It is a snap shot in history back to when the world was at the brink. Redeye Fulda Cold is a must read. I want to see a sequel novel to find out where Rick goes next. 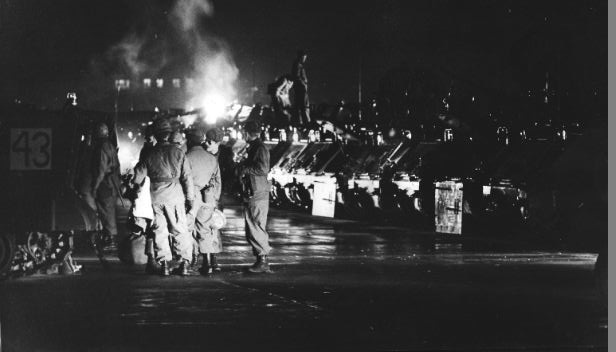 The Cold War is on fire. When a Russian citizen is shot in the back while walking down the street because he dared speak out against the administration. The world is silent.

It was suggested to me recently that the Cold War should have been labeled World War III from the start. I thought it sounded funny at the time but after the last year of Mr. Putin’s antics we may be witnessing the assembly of yet another dark chapter in European history. A book that has become way to thick for the times.

I mention history because not many of us care to recall how Hitler was ignored for years before the “turn the other cheek crowd” had no choice but to die or fight. The world is silent; no one is speaking out!

We have Islamic terrorist group committing unspeakable acts against humanity. Crucifixions, be-headings, and burning people alive in cages.
Except for Jordon; the world is silent.

There is a country, Iran, who sponsors terrorist groups on three continents. They have made it clear that they intend to wipe Israel off the face of the earth. They are in the final stages of assembling a very large number of nuclear bombs. All the while the US President reassures us that he can talk these deceitful hate mongers into a peaceful end. The American’s remain silent.

I hope we still have our planet when we next examine this period in our past. It was Mr. Churchill who said, “Those who do not study history are destined to repeat it”. The silence is deafening and getting louder by each indecision!